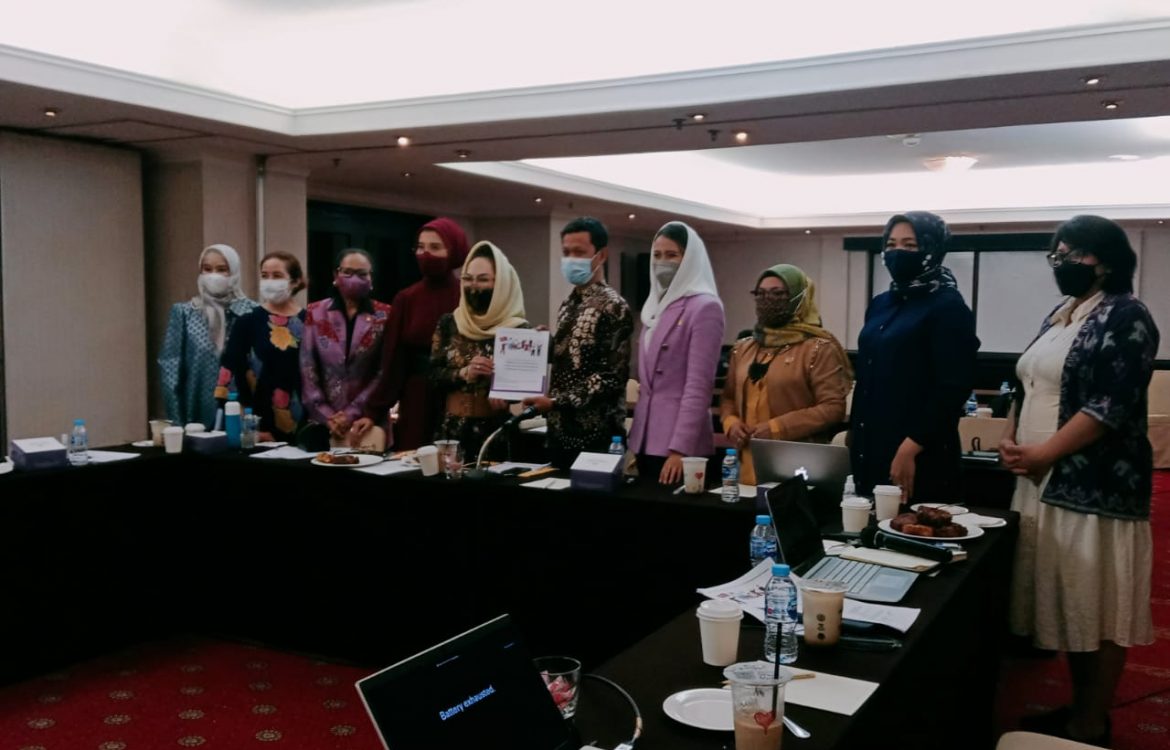 The Director is Presenting A Research Report on Women in Politics.

As part of its commitment to put advocacy in its main objectives, the Centre for Human Rights, Multiculturalism and Migration (CHRM2) helped the Conservative Party UK to boost the quantity of women in politics. It has been noted that women participation in the government sector is still limited even though according to the latest population census, the total population of women in Indonesia is almost the same as the men.

CHRM2, together with Conservative Party and Westminster Foundation for Democracy (WFD) undertook a research to examine the possibility to put a minimum quota for women, not only to access positions in some state institutions but also to ensure that their women will get a minimum seat in a certain public position. One of the main targets to boost the quantity of women in the government is by proposing post legislative scrutiny, or a legal mechanism to evaluate and propose affirmative norms in the regulation that specially give affirmative treatment for women. In this regard, CHRM2 and Conservative Party believe that Indonesian Caucus for Women in Parliament, or Kaukus Perempuan Parlemen Republik Indonesia/KPPRI, is a strategic partner to take the mission.

In this two-day event, CHRM2 presented its preliminary research report which says that there is an urgent need to evaluate a certain regulation in order to ensure that the government sector is not dominated by men. Additionally, as a state party to the CEDAW, Indonesia is responsible to ensure that gender equality is taken seriously in all of its policies.